Ответ разместил: КоШкА2016
Long ago in the land of Persia there ruled a Sultan called Mustafa in the kingdom of Nasra.
He and his wife had a son Zakir.
Suddenly Mustafa fell ill and died.
Zakir buried his father in a grave and he came to the throne as a Sultan.
One day in his dream his father asked him to dig his grave.
The next morning he went to the grave and dug it with the spade.
There he saw a big room with eight gold statues in the corner of the room below the grave.
When he came out of the grave,he met an old man on the way who asked him to find the ninth statue saying that it was his father's wish.
He also gave him a magical mirror.
Zakir took the mirror and entered each and every house to find his ninth statue. Finally one day he entered the house and saw her father and asked him permission to meet his daughter.
When she came out Zakir showed the mirror in front of her.
There he saw a wonderful figure of beauty in the mirror.
Zakir married her with the blessings of all in the kingdom and fulfilled the wish of his father in the dream.

Английский язык, 09.03.2019 20:40, qwwwq0
Правильно употребить глаголы в past simple, past countinuous, past perfect 1. kate ( to go) to the airport with her parents and her brother nick. while they (to wait) at the airport, nick (to remember) that he (to have) something important to tell kate. her friend (to phone) just as they (to leave) to ask at what time kates flight (to leave). previously kates
friend (to think) that she wouldnt be all to get to the airport in time but she (to turn) up while kate (to say) goodbye to herr parents. she finally (to go) through passport control and everybody (to wake) goodbye. 2. it (to be) the day of this english exam. he (to wake) up and (to look) at this alarm clock. he (to see) that it (to stop) raining during the night. he (to realise) he
would be late for his exam. he (to be) an hour late and exam already (to begin). when he (to sit) at the table, he (to find) that he (to leave) his pen at home. he ( to ask) his friend his friend to give him a pen. despite everything (to go) wrong he (to pass) him exam.
Ответов: 4
Посмотреть 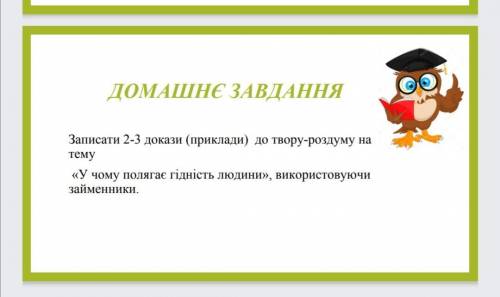